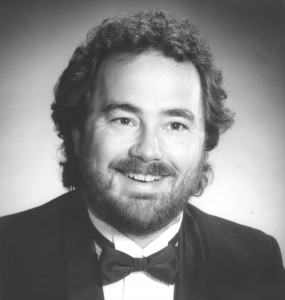 Gino was selected by Seattle Symphony as one of three Pacific Northwest singers to participate in a public master class taught by the legendary soprano Jane Eaglen who called his “high notes so natural and gorgeous that no one should mess with them.”  Of his Manrico, Bernard Jacobsen wrote, “Lucchetti again showed himself to be a better singer than some I have encountered on the most famous operatic stages in the world. The voice is attractive in timbre, and beautifully produced throughout its range.” As Rodolfo, Mr. Jacobsen observed, “The star, and the outstanding figure by a long way, was the tenor Gino Lucchetti as Rodolfo… his voice rang out at once commandingly and with ample nuance when that was required, and he portrayed this rather feckless poet as a thoroughly likable figure. Even when he was not singing, his attentive way of watching his Mimì and responding to her was an object-lesson in intelligent stage deportment.”

Gino has an extensive history of performing lighter fare in diverse venues. He is well-known for opera nights (over nine years of monthly shows) at restaurants including Salute (Bellevue), Pontevecchio (Seattle, Fremont District). For many years he was a member of Distant Mirror, a popular medieval renaissance music quartet, and appeared in the popular Gabriel Knight series of popular video games produced by Sierra On-Line.

His recordings include Howard Hanson’s Merry Mount (Gerard Schwarz and the Seattle Symphony), La Serenata and Bravo Fortissimo! and commercials for Starbuck’s.

In addition to his music, Gino is a senior staff scientist working on leading environmental issues in the Puget Sound area. He has authored numerous scientific papers, presented at major conferences and recently was both science advisor and on-air talent for a Telly award winning documentary on management of Puget Sound shorelines.

Article written in the Bradford Era
May 25, 2010 By FRAN De LANCEY
Era Correspondent